Are HLTV stats useful for professional CS:GO teams? In our new series, we will try to show their advantages and drawbacks. Let’s get started.

Firstly, I want to mention that the article is my own opinion piece. As a CS:GO analyst & statsman, I rely on my experience to know how to apply CS:GO stats in my work.

HLTV.org has been the most popular Counter-Strike website and the home of competitive CS for many years now. They have lots of stats to show, but I don't think they are as useful for professional teams as they may seem at first.

The website is more than famous in the Counter-Strike community, and for many people it's the only statistical source they can rely on, but it's hard to use HLTV as a complete basis for statistical analysis as the data they provide can only be used partially.

In this article, I will make a short review of their first duels section.

Which stats does HLTV provide?

There's some useful data on HLTV if we talk about opening kills.
HLTV provides the following stats:

•  Opening kill/death ratio (win rate, %)
•  Opening kills & deaths per round.
•  Attempts (% of rounds where a player was involved in first duels).

All stats can be divided by CT/T sides and maps.

All stats can be divided by CT/T sides and maps.

That's not bad, and, for example, personal data is useful, too.

So the question is, which stats can we use to analyze pro teams, and which should we ignore?

Let's start from the fact that, in my opinion, team data is useless if we talk about first duels. I prefer to use each player's individual stats.

What do we get from this information?
• Team A is bad at opening kills on Inferno.
• Team A performs well when they can get an opening kill (80% is a super good win rate as you can see from the HLTV stats above).
• Team A doesn't win as many rounds when the round starts with initial loss (4v5).

Team A has issues with opening kills on Inferno, and when they are in a 4v5 situation, it's almost a guaranteed lost round.
But when Team A makes an opening kill, they lose only 1 round out of 5 on average.

The issue: at first glance, the information provided above is useful, but it's too superficial, since even with that information, you still have to do a lot of thinking on your own, watch a lot of demos, talk to players to identify a specific problem and solve it later.

So, in my opinion, player stats provide a more in-depth view and detailed information.

How to use HLTV stats?

Using those values you can see the following:

•  A player's success with opening kills on a particular map as a CT/T.
•  Frequency of his presence in first duels.

I don't really care about opening kills/deaths per round, so let's just skip that.

Example: Player A participates in 28% of opening duels on Vertigo and has a 35% win rate.

Conclusion: Player A is involved in a huge percentage of opening duels. If we sum it up with the 35% rate of successful opening kills, we reveal a big issue. So, not only is the player successful in first duels, he is also strongly involved in that part of the game. In fact, player A gets his team an advantage in form of 4v5 situations extremely often.

It's the specific information you can work with because it reveals an exploit. And that's useful.

What can be better?

I like how we can reveal unseen exploits even with first duel stats provided by HLTV, but it's not enough.

At SCOPE.GG, we provide advanced stats that are available for everyone and also use deeper data analytics for professional teams.

So, if you like playing CS:GO and you aren't a pro player, you can take a look at your stats at SCOPE.GG.

Personally, in addition to the personal first duel stats shown above, I also use the following information:
•  A team's win rate in 4v5 and 5v4 situations after a particular player gets an opening kill or dies while trying to get one.
•  Weapon filter (it helps with snipers).

Those two stats give an additional value for first duel stats.

Also, at SCOPE.GG we always keep improving our stats and currently working on implementing an economical division for first duels to have an even clearer view.

As a conclusion, once again HLTV's first duel stats are partially useful and can help reveal many issues and exploits, but you cannot fully rely on them, and they shouldn't be considered a full-fledged statistical analysis for professional teams.

In our next articles, we will discuss the grenade stats, which have even more issues than the first duels section.

• Improve your CS:GO skills with SCOPE.GG ← visit the main website. 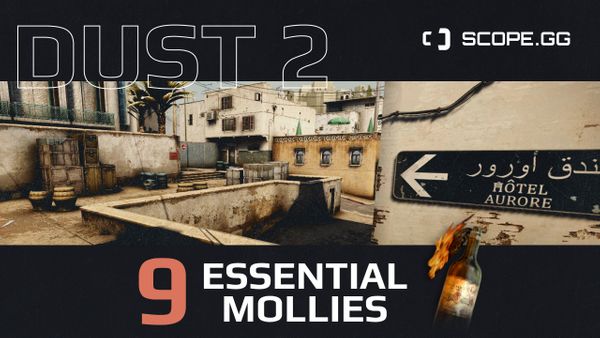 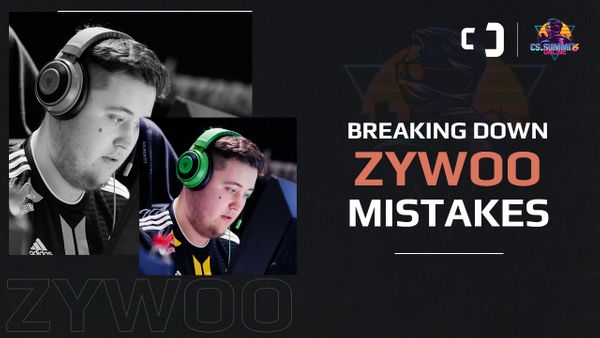 Mathieu "ZywOo" Herbaut is one of the most discussed players in the world. Alongside it, ZywOo is the brightest star amongst all the CS:GO prospects. But, as we usually