Pistol rounds: they tend to leave long without control

When preparing for the upcoming match, you rely on the latest games. In the last 5 matches, BIG haven't played a single pistol round with long control.

The German team highly prefers to make an accent on short/mid aggression and to have two players on B on early timings.

However, BIG could leave A-anchor somewhere around the site, they don't like to fight for long anyway.

BIG like to go aggressive if they forfeit long

An interesting pattern exists on weapon rounds. It's typical: many teams follow this logic, but still.

If BIG don't have early long control, they tend to push somewhere else. It could be short, it could be upper tunnel, sometimes BIG even go into audacious mid/lower tunnel aggression.

When you don't have long control, you often prefer to have a bit more info than nothing. It's a standard decision.

But if we summarize it with the fact that BIG don't like to fight long in general – they start less than 30% of rounds with 3-long setups, it means we can punish them.

As a continuation of the tip that we mentioned above, if you don't like to fight for long heavily, so you have your players somewhere else, right?

syrsoN is a very flexible and annoying sniper to play against, but often he starts the round with early short aggression.

What's more important is that he loves to do it solo.
And as an addition, i would say that even if it's rifler goes early aggression short, he is also probably solo.

So they tend to early solo short aggression on CT-side.

I find it interesting, honestly. As i already mentioned above, BIG don't like to fight long as CT heavily.

The same pattern we could track on weapon rounds of T-side.
BIG often ignore long at all or leave a lurker there.

They start the round with early long take rarely, only in about 25% of weapon rounds. Later, it could be delayed long take, but that also happens not that often.

This point has changed in the BIG's last game versus OG, but in general, it exists for a long time.

Either it's long take or a move by long-lurker, BIG like to take the position behind blue as early as possible.

It's the thing you shouldn't forget about, so when you start the round with long-control, you should always expect a player behind blue – it's worth spending some utility to clear this position.

One more general pattern that we can rely on is that BIG hit A-site a lot. However, it's not always useful, since BIG love to use different variations of executes, but still we have to keep in mind that they like to end the weapon round on A-site. 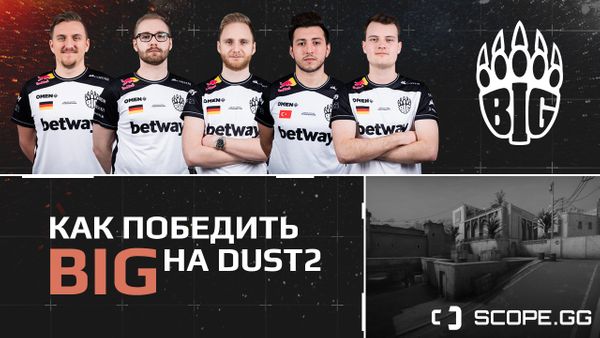 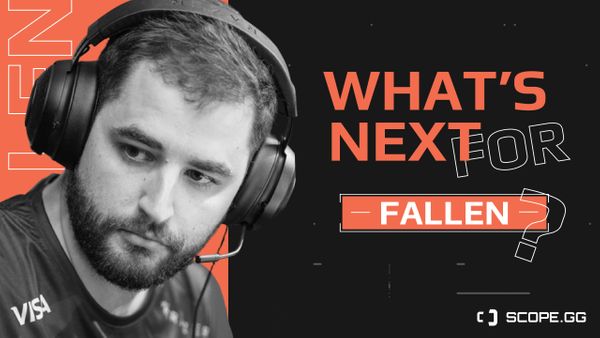 FalleN has recently left the active roster of Made in Brazil, but what has he prepared for us? Could he surprise the community by his next step?