Sometimes it's easy to prepare for your upcoming game, sometimes it's not. It all depends on the team of course, but here's my personal list of the most annoying opponents to prepare against.

Some people don't notice Team Spirit's progress over time, but I'm really happy to see those guys so high in the rankings right now.
They totally deserve it.

I respect them and their skill but it doesn't change the fact I don't like to prepare against Spirit.

So what's the issue? Spirit got an insanely flexible defense and viscous T-side.

Despite the fact that Spirit hit B-site a lot as T on Overpass (they end ~90% of the weapon rounds on B), and play super-slow & without early aggression, this is diluted by infrequent quick executes and flashpeeks. Imagine, the team plays 5 slow rounds in a row and end them on B. On a subconscious level you don't expect them to come out fast. And Spirit surprise you when you're not ready for it.

Furthermore, Team Spirit players have strong discipline, and it's hard to track and use their movement patterns.

Additionally I want to say that Team Spirit have a strong map pool and, the most important thing, they aren't afraid of anyone. They just enter the server and play without any respect regardless of their opponents' rank or experience.

As you'd expect with one of the smartest teams in the world, Astralis is on my list.

And the explanation is very easy:
• Astralis's communication is one of the best;
• I find Lukas "gla1ve" Rossander an incredible in game-leader that has a huge impact on the team's play. Lukas' decision-making during rounds is so flexible, and his game sense is sometimes just on a whole new level.

As a result, for me it's hard to extract enough valuable patterns from their games.

One more thing I'd like to add is that Astralis prepare for their upcoming matches really well, which makes them even more unpredictable.

The first thing that comes to mind when I hear "GODSENT" is Kevin "kRYSTAL" Amend, and then of course their pistol rounds on Inferno as T.

GODSENT often buy a couple of decoy nades and throw them to Coffins and CT-Cross. And you never know what they are going to do next.  They can either fake or do a B-site push.

From what I remember when I was preparing for GODSENT, they used those two decoys to distract the enemy in three or four of their last games.

But overall, GODSENT (just like Spirit) are very flexible and their aggression and brave playstyle make them really unpredictable.

Mastermind Nicolai "HUNDEN" Petersen, what else can I say?
Alternate Attax, Tricked, MAD Lions... And now it's Heroic.

Flexibility, aggression, new tips and tricks. HUNDEN can find and create something that his opponents won't expect for sure. And he knows that very well.

I don't want to pay attention to Nicolai's ESIC ban. Yep, that was bad and wrong, but in my opinion it doesn't change how good HUNDEN is at CS. 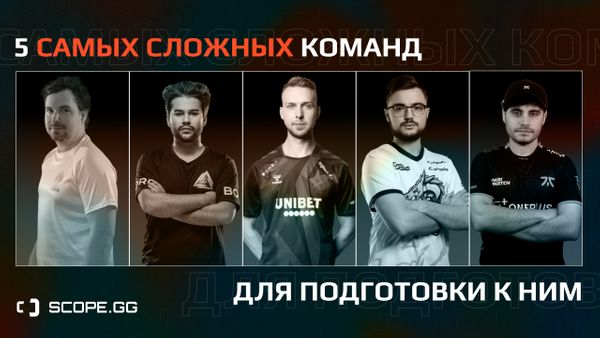 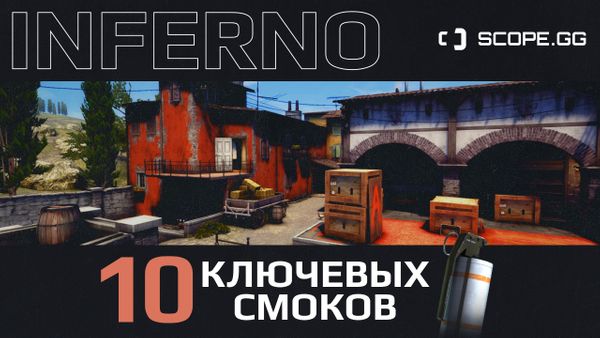