The Swedish Kingdom has always been rich with talented Counter-Strike players. I spent countless hours watching demos and going through stats of underrated and young players.

I analyzed 25 players and eventually put together the top 10 most promising Swedish ones. Here's how it turned out.

Disclaimer: "Average" statistical values are counted as average values among all players from 2019 Big Events and the first half of 2020 events, featuring a $100.000+ prize pool.
If a statistical value is not mentioned in "Featured" or "What to work on", it means that player can be more or less compared to an average value of players from top 40 teams.
- Grenade usage percentage is % of nades used in rounds before the thrower's death. If this value is 50%, it means the player dies with 1 unused nade.
- Damage difference per round = ADR - Damage per round received.

Let's be honest: nobody would call RuStY a really young gun. He is 23 years old! But Alfred is the only exception in today's list.
The reason is simple, RuStY is the most underrated Swedish player in my opinion.

Alfred has insane potential as he's an extremely smart and flexible player, I like how he moves during rounds, especially if he plays rotation in defense.
Additionally, he has tons of competitive experience, including playing for an international team.

RuStY's play is incredibly clean if we're talking about mechanics — no mistakes with molotovs or armor; Alfred is pretty careful with flashbangs, too.
He has some issues with grenade management, but it doesn't seem to be a big issue as the percentage of flashbang and HE grenade usage is around 16% lower than average, but he has no such issues with smokes or molotovs.

Ztr is a young rifler who recently joined Young Ninjas and became NiP's academy's first player. Previously he played for KPI and Prima.
I like that in-game he's scared of nothing! Erik is pretty flexible in choosing positions and he feels the game well, too.

Occasionally, Erik doesn't clearly understand what to do in clutch or manpower disadvantage situations in late round timings, but that will be fixed as he gets more experience.

It's good that NiP have picked him up into academy: ztr needs guidance to improve further, and now I can clearly say that he has a great future.

In general, isak seems to be a controversial support player that has a lot of things to work on: he uses HEs well, his molotovs are average, but he's got issues with flashbang management.
52.7% of flashbang usage simply mean that Isak consistently dies with 1 unused flashbang in rounds when he buys 2.
Also, he has mechanical mistakes to fix (such as unnecessary armor replenishment and his molotovs).

But then why is he here, you might ask? Stats just help to describe a player's play and efficiency. When I watch isak play, I have a feeling that he's about to reach the next level of play.
I think sometimes Fahlén lacks focus in bo3 matches and doesn't feel fully confident yet, though.

Jackinho is an AWPer. He has decent raw impact with incredibly high KAST and damage difference values.
In addition to that, he's got 76% first bullet accuracy which is way more than HLTV top 40 teams' snipers' average.

The thing I need to mention is that his average kill time is 0.25 (avg for snipers: 0.21). Looks like Jack hits legs or arms for 80-90 damage too much.
Also, his utility damage on average is low. And we can't forget about his near 60% first duel win rate!

To summarize: despite several things that he still needs to work on, Jackinho can bring huge impact for his team. He has room for improvement and potential to become really good really soon.
I rate him as the top 1 young Swedish AWPer at the moment.

Here I want to highlight Adam's feeling of the round and crosshair placement. In my opinion, to improve further, he has to set a more clear focus on his playstyle and in-game role.
For now bq seems to be a player you want to have on your team, he doesn't seek for frags, and helps his team a lot by creating space and doing imperceptible work.

Svedjehed is a good example of a player with noticeable first duel stats. Despite the his win rate for opening duels (~51%), his first kills are important for Lilmix.

Here it's not about the team using Svedjehed's first kills well, it's about Leo's first kills giving Lilmix a lot of space. He seeks for it, he distracts the opponent, he feels the game early on and uses smart positioning to earn advantage for his team.

That's a rare and yet very crucial factor. For example, ropz is extremely good at it. Robin's first kills bring close to ~100% probability of winning the round on certain maps.
It's not something you can learn without predisposition for such skill.

A young prodigy from the FaceIt fields. Maybe it's too early to judge, but I find Tim to be a very promising player.

Here we have more or less same stats as with Jackinho: FlyTone's got high KAST and damage difference values.
Additionally, he's good at first duels and mechanically.

And FlyTone is only 16!
He has no real competitive experience yet, but I'm sure it's going to be worth for any team to try him out at least.

Tim has some issues with grenade management as he often dies with unused nades wasting a lot of money, but that can be easily fixed.

A talented rifler with good balance: he has no obvious weak points, and can be compared to an average player of top 30 teams.
Peppe has insane first bullet accuracy and well... I usually ignore such stats, but Peppzor consistently does more than 2x damage through smoke on average.
Here it's worth mentioning as it means he feels really confident playing around smoke clouds.

Peppzor is ready to play in a decent professional team right now for sure.
I would be happy to see him get a chance for such a challenge in 2021, because I'm pretty sure, he'll be a great fit for Dignitas for example.

Phzy can become a high-level secondary AWPer or rifler in a short time. Love stands out with his general usability for the team. He is flexible and makes a lot dirty work if we're talking about in-game roles.
He's a promising hybrid player, but he needs to work on his grenade management, that's a crucial factor, especially with incendiary nades that cost $600 each.

Joel is a talented sniper with a clear understanding that he needs to make an opening kill and retreat. Well, he's not always successful at that, but his team's win rate after Joelxd's first kill is incredibly good. Though he has a 47% first duel win rate, and that's something he needs to work on.

What I like about Joel is his positioning mid round, he plays smart and clearly knows when to be aggressive and when to hold for a bit.

That's all for today, keep an eye out for my next report in late January! 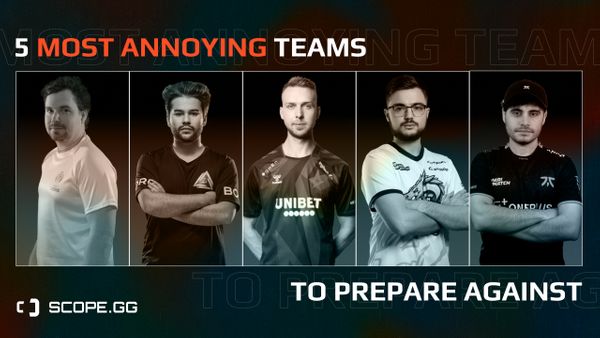 Preparation for the match is a routine action, but it's different every time. Everything depends on the particular team. An insight from the professional analyst. 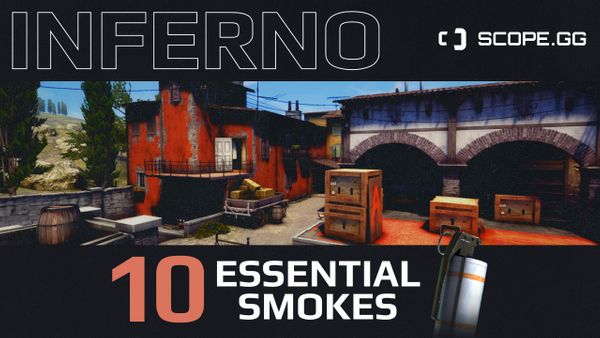