How to use CS:GO stats?

Don’t you believe that stats are valuable and correlate with skill level? Then, we are going to show you a couple of examples.

What stats does CS:GO provide?

By itself, CS:GO shares with us some stats that describe your game in general and well… The main issue is that all of CS:GO default stats are not that deep to fully show you all the strong sides and flaws.

Let’s go through.
This happens if you press “Tab” (by default) during the game. What do we see here?

If you press the right button of your mouse (mouse2), then you could see a bit deeper stats.

Those stats can't fully describe your skill and performance in the particular match.

At SCOPE.GG we explore and create advanced stats that are applicable on any level of the game: from Silver I rank in matchmaking to professional players.

At SCOPE.GG we use many different statistical indicators. Also, we constantly try to implement new indicators and we work on exploring and creating totally new types of stats.

Let’s go through what we use in the dashboard by now.

Those stats are most important in our opinion. They are being displayed when you visit the page with the main overview of your recent games on the dashboard.

Here we track three parameters, and there’s a reason why do we do this.

Kill time – this is the time that you need to cause 100 damage in the half of your overall kills. Simply, this parameter displays the time you usually spend to make a kill an enemy with full HP. It depends on your crosshair positioning, reaction time and recoil control if you perform as a rifler.

If you play with AWP this time will be significantly lower because most of your kills will be one-shot. Let’s take a look at how kill time changes across all CS:GO ranks and what value do pro players have.

As you could see, there’s a direct correlation between rank and the provided time. The higher the rank, the lower kill time is.

And just look at the difference between Global Elite players and professionals, that’s just insane!

ADR (average damage per round) – that’s the one that you get used to seeing at HLTV as a basic parameter that could describe the impact of a particular player.

If you perform as a sniper, by default it means that there are different requirements for your ADR: the average ADR for snipers is higher for about 5 points.

Enemy spotted accuracy (sniper & rifles) – let’s get back to something that is related to ranks, ha-ha.

We said that we track three parameters, but what you could see is... 4 different values on the dashboard.

So, we have a separate accuracy value for snipers and rifles.

Enemy spotted accuracy is a parameter that shows a ratio of all shots done to all hits tracked, when you see an enemy on the radar, or directly by your eyes in-game. We have an important note here – we track the radar vision of a particular player, so instances, when your allies see the enemy on the radar, are not counted.

Also, we find it fair to separately track this parameter for snipers. Obviously, your accuracy (percentage) is much higher if you hold a sniper gun. Look at how different numbers are:

As a conclusion in this section, we want to say that those parameters in the dashboard are vital: accuracy spotted & kill time can clearly help to track your progress and describe the current state of your skill level in a particular point of view.

Remember, it’s not about you doing something wrong, it’s about that you always have a field to improve!

Correlation of different stats to rank

Alongside facts mentioned above we’d like to show you some additional statistical correlations. We have decided to show you a few noticeable charts.

Damage difference per round

As you see, there are significant changes at the highest ranks, with getting an extremely impressive peak on Global Elite. Deviations on Silver ranks might be caused by players that boost accounts or just by randomness of the mentioned ranks.

However, the most interesting thing is still rapid growth at GE rank.

Here we have the parameter that justifiably improves with the rank-ups. The only “small question” for you could be a horizontal part between S3 and S4, but well, those two ranks have almost no difference in the quality of play.

Everything else just proves: the better you play by the rank system, the lower your time to damage time is. So that, if we take a look at Silver I rank, we can see the value about 0.540 (so it takes a half of second to cause the initial damage when you see the opponent on radar or by your eyes), while GE value is about 32% lower (read: better).

This parameter is very easy to understand and it’s really important for every player. This is the percentage of instances where you manage to hit the opponent with the first bullet you fired.

Basically, it displays the mix or reaction time, crosshair positioning and the understanding of the game (even if we can’t count last parameter, it still exists).

As you see, the growth is constant. And just take a look at pro-players average values! It’s just an insane difference.

We shouldn’t wonder that sniper values are better than the riflers’ just because, obviously, it’s easier to land the first bullet carefully in you hold AWP in your hands.

As we mentioned above, it’s impossible to track and count “game sense” parameter, but this is the one that perfectly shows the importance!

It’s the mix of you knowing the possible positions of opponents behind smokes, of you being able to track movements at the edge of smoke cloud and understanding of what your enemy can do in the particular ingame-situation.

So now, just look at how average damage through smoke grows with the rank changes.

Interestingly, HLTV players got lower values than Global Elite players, but it could be explained by specific pro-player things. On pro-level players know much more about the game and play much smarter, so they are not doing too risky moves when it’s not worth to.

Here we just want to show you that proof that you shouldn’t brag if you have 1.2 K/D as a sniper.

The thing is AWPers is the most valuable firepower in CS:GO, so then they often play in safe positions, don’t make risky moves, and overextension. Alongside with almost guaranteed opportunity to make a trade anyway and more often goes to save…So…
The difference in average K/D on pro-level is about 0.15, and on Global Elite level is about 0.4
Impressive, right?

In this section and the following ones we will just go through to briefly explain what does a particular parameter means in our eyes and how do we count it.

As you see, there are many various parameters that we use for now.
Remember one thing – CS:GO is the game of situations and you can’t blindly rely on numbers, you can’t believe stats (especially such a deep stats) without getting into it and into the game.

Statistics is something that helps a lot if to use it correctly: don’t underestimate it, don’t overestimate it.

Just, be smarter and make your game more conscious.

And as we said above, nobody is perfect and there’s always a field to improve – that’s why we never stop getting better and improve our website as well.

With love, your SCOPE.GG team. 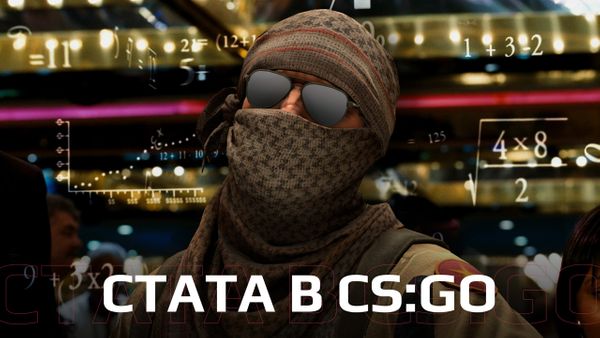 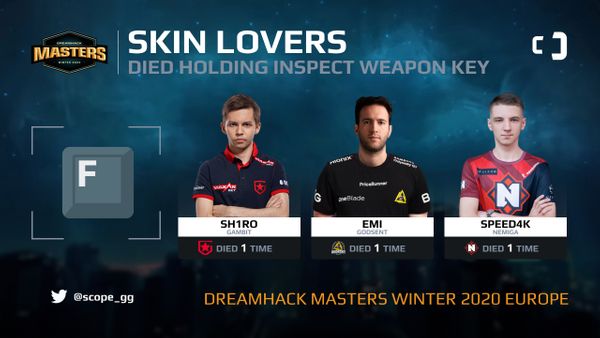